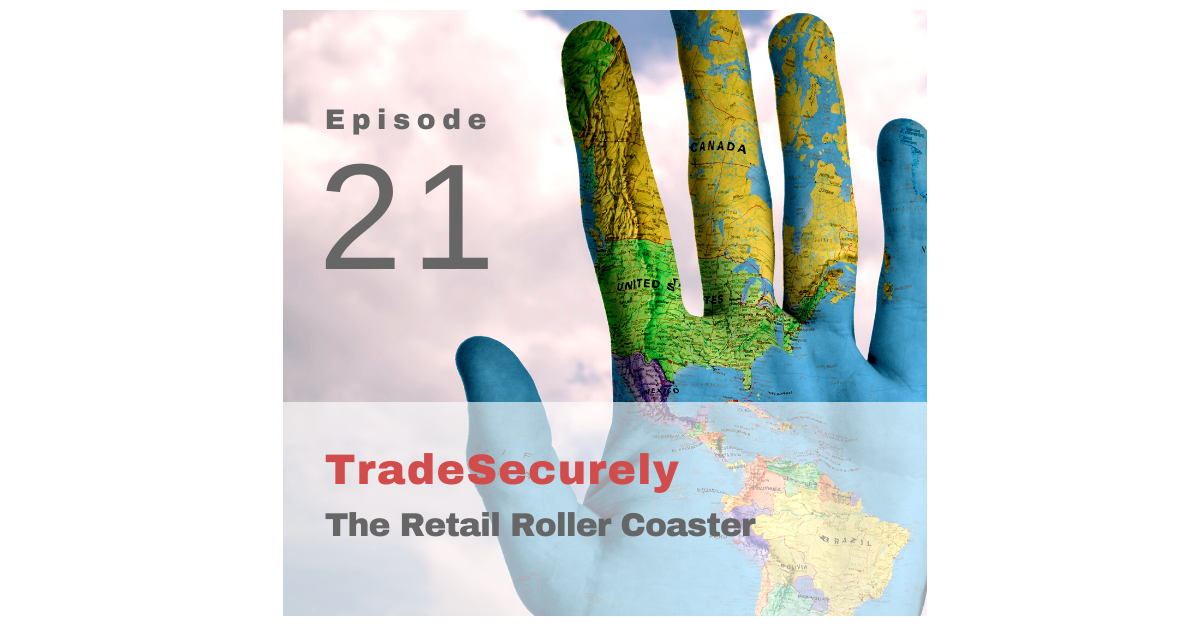 Being in retail in the 21st century is not for the faint of heart. Like a rollercoaster there is a steady stream of ups and downs and in recent years the way customers shop and the way retail operates has dramatically changed. A retail report from Deloitte had called for a modest acceleration in household expenditure, with retail sales expected to rise by roughly 5 percent in 2020. The only real challenge to that seemed to be household debt levels. Then came COVID-19 and the global shutdowns. On this episode of the TradeSecurely podcast it's a panel discussion on the current state of the sector with a look to the coming holiday season. Janet Eastman is joined by 3 guests. Stephen Georgetti is VP, Director, Information & Grading, Euler Hermes North America and Matt Cobo is VP, Retail Industry Manager, Euler Hermes. Matt and Stephen provide insights from the trade credit insurance provider perspective. Michael Sullo is Vice President, OneSource Risk Management Canada. He is a broker of Credit Insurance and Risk Mitigation products whose clients sell their products to retailers. He provides perspective on the challenges they are facing.

“To expect the unexpected shows a thoroughly modern intellect.” – Oscar Wild Those in business know that the unexpected does happen and having a team of advisors and supporters to help you through the challenges is a wise idea.  On the TradeSecurely podcast we help Canadian businesses succeed and grow by sharing ideas to help them trade securely at home and abroad. On this edition of the show we are looking at the value the specialist broker provides to Canadian business owners and generalist insurance brokers when guiding them through the receivables insurance process. RIAC broker members Michelle Davy (CreditAssur), Mark Hall (Elevate Global Insurance) and John Middleton (Global Credit Risk Management – GCRM) provide their perspectives and stories from the trenches. Transcript Full Show ...

Since 2015, Cyber extortion has become one of the most significant exposures for most organizations. Overall, according to Verizon, cyber extortion attacks increased 50% in 2016 and in 2017 for an overall doubling for those two years. In addition, ransomware attacks are becoming increasingly more targeted, hitting financial infrastructure across the globe. Businesses of all sizes and industry segments are at risk. This month on the TradeSecurely podcast Cassandra Long, Associate Broker, Cyber and Privacy at Aon discusses what cyber extortion is, what it looks like, what it can cost and how to protect your business. ...

Episode 3: What Should Be In the Credit Manager's Toolkit

Credit managers face a number of challenges when trying to mitigate risk as they oversee the entire credit granting process. How do you ensure the credit and collection policy protects your business? It can't be too restrictive as it must facilitate sales and growth. This week on the TradeSecurely podcast Janet’s guests are former credit manager Abraham Katan who is now the Trade Credit Practice Leader at Aon Risk Solutions and David Cooke who is a Broker at Aon Risk Solutions, Credit Solutions. Both share a wealth of knowledge from the frontlines and talk about some lessons learned 10 years after the financial crisis. ...